As we’ve previously reported on our Facebook page, an evacuation zone is currently in place in the Udrezants area of Morzine. As the following map demonstrates, homes in the red zone have been evacuated and a barrier has been erected along the Route d’Avoriaz to protect the yellow zone, which is not currently subject to compulsory evacuation. 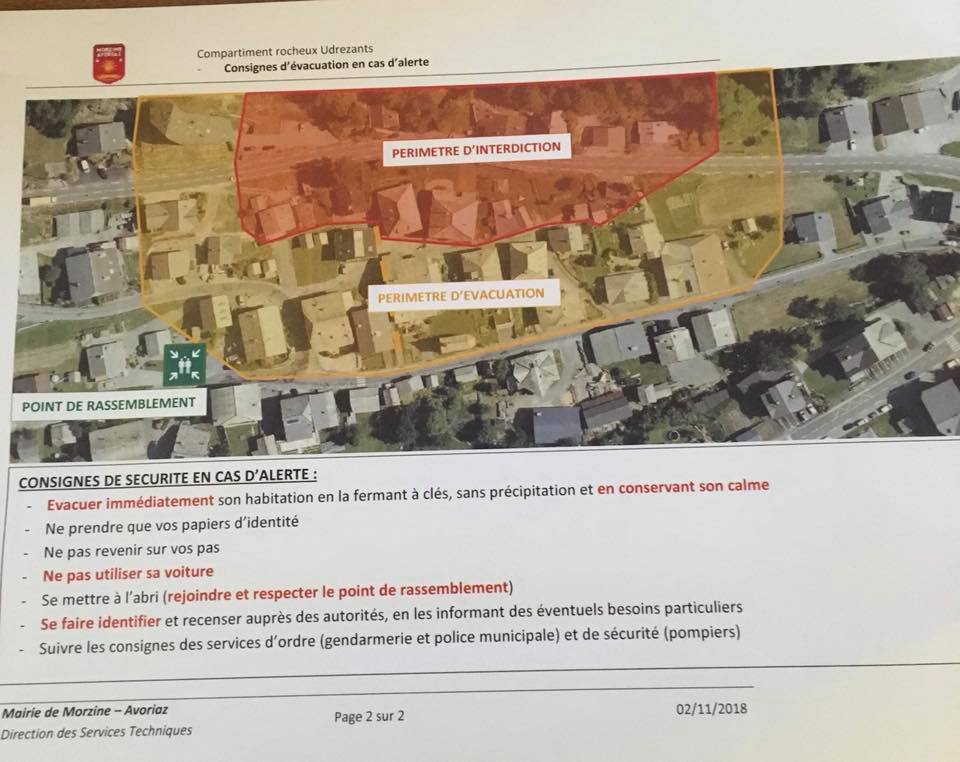 In an official update from the Mairie de Morzine-Avoriaz this afternoon, we’ve learnt that aerial surveys of the cliffs directly above the Route des Udrezants showed what they describe as a ‘rock of substantial size’ threatened to dislodge itself from the mountainside. Specialised teams then visited the scene to assess the situation. They discovered that the boulder is unstable and could detach itself, which in turn could cause significant damage to the houses below, demonstrated by the red and orange zones.

Three phases of work are now underway. Firstly, a barrier has been constructed to protect the homes downstream of the boulder. Secondly, netting is to be laid directly under the boulder. Finally, the boulder itself will be broken up and the rubble removed.

Restrictions will stay in place until 20th December 2018 at the earliest and we’ll keep this article updated if there are any further developments. In the meantime, here’s a plan to show the road closures. 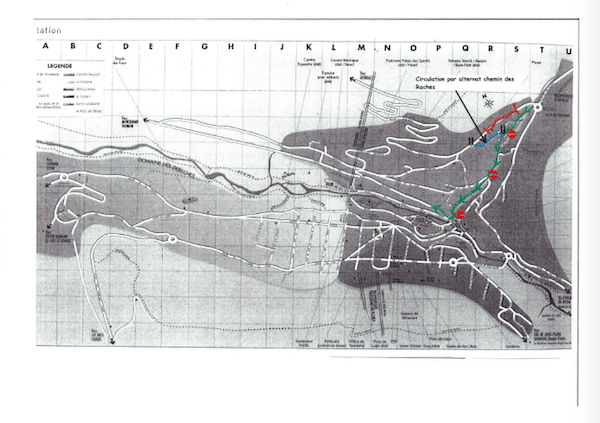