When you go missing in the mountains, a sequence of carefully planned events is triggered. Lift operators are instructed to look out for you. Pisteurs commence an on-piste search for you. After a little while, you’re still missing. The weather is coming in, darkness is approaching and the search group expands to include the local Gendarmerie, perhaps a helicopter if conditions allow. At this point the danger you’re in becomes very real. 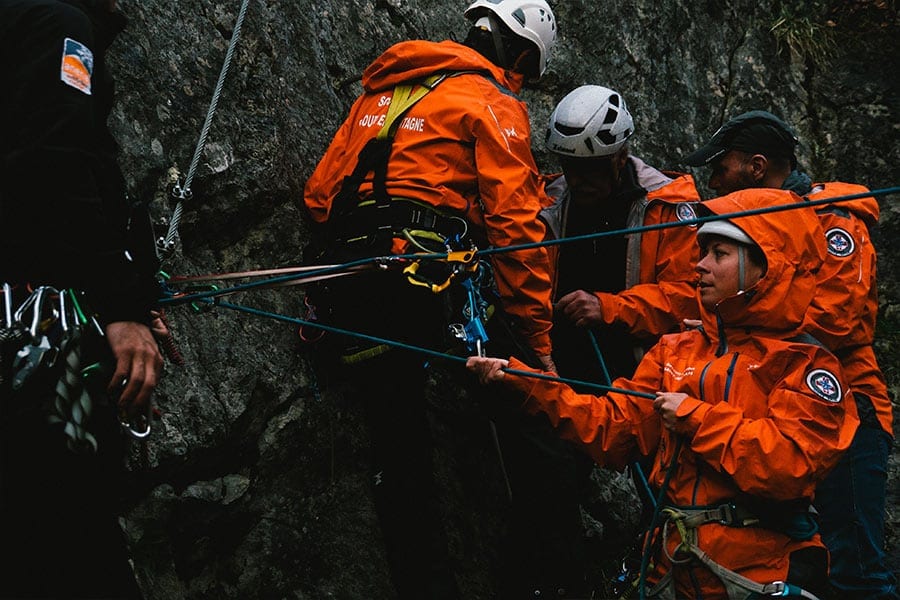 Down below in the valley, Fabrice is at home, tending to his mountain dogs when his phone rings. He’s calm and focused as he listens to the details. All reasonable efforts to find you have failed, now it’s his turn. Via text message Fabrice sends a pre-alert to his team – ‘prepare your kit and await further instruction’. They’re 16-strong, always on call and they know they’re probably your last hope. A second text message follows – ‘report to the rendezvous point ASAP’. They go without hesitation. And they always fear the worst.

To call the mountains unpredictable would be a sizeable understatement. All those big mountain ski and snowboard movies that we love to watch have made us bold. We’re sometimes too brave for our own good and we often forget to respect the dangers of the natural environment, both in the summer and during the winter. 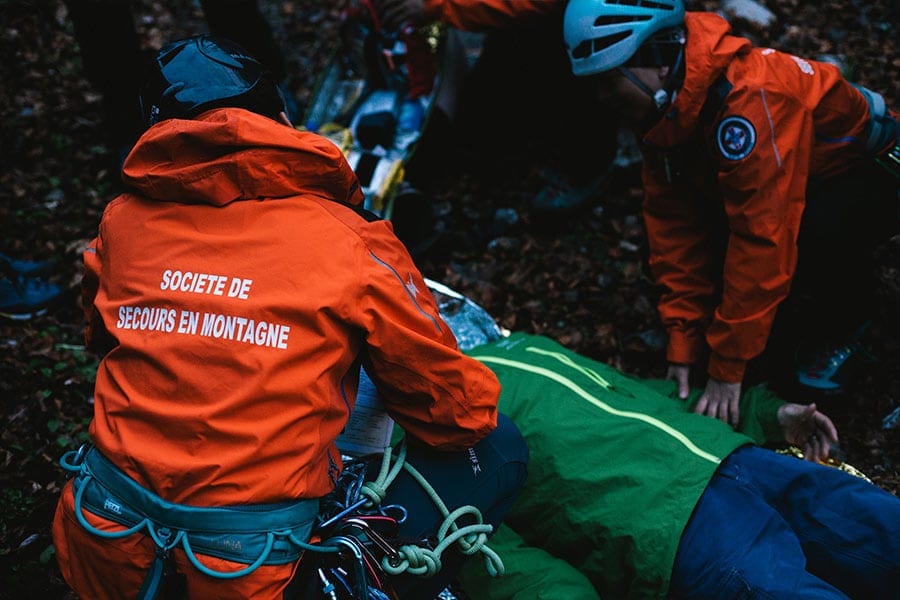 You’re in luck. All 16 members of the Secours en Montagne have turned out to search for you. Fabrice briefs his team on the situation and his proposed plan. They’ll need their touring skis, their avalanche transceivers and probes, their ice axes and ropes. They train every 23 days for this precise scenario and they’re equipped with the most intense knowledge of the local terrain. Your chances of survival just increased ever so slightly.

Imagine the strength of character and the level of knowledge required to hunt for a body in the mountains at night. Imagine the physical strength needed to haul all that kit into the mountains. Imagine doing it all as a volunteer. All 16 members of Secours en Montagne put their own lives at risk to search for you without reward. 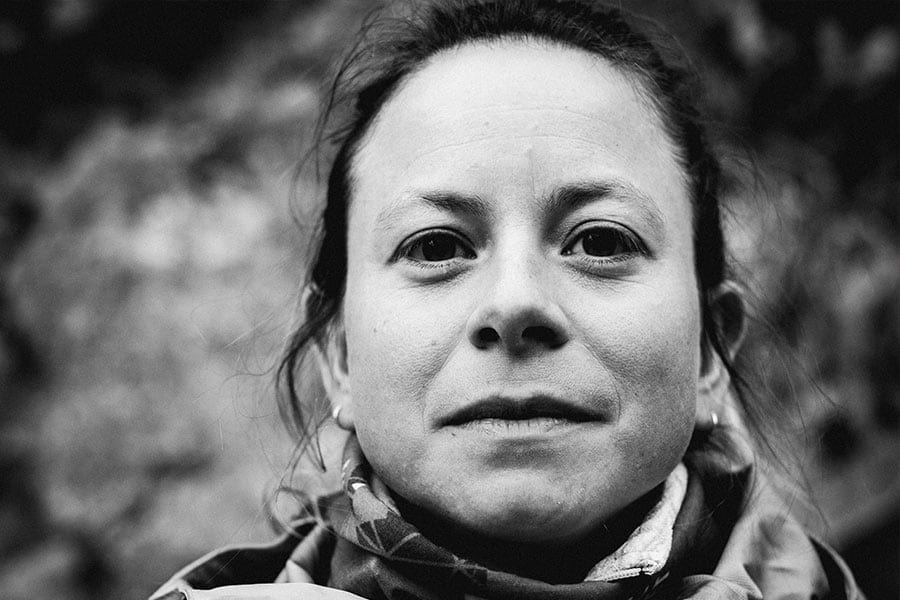 I’ve been volunteering with Secours de Montagne for just over a year, but during the day you’ll find me working as a waitress in Morzine. I’m 30 years of age and I joined the team as I like helping people. I also feel it’s important to make a contribution in some way to local mountain life.

People are definitely aware of the dangers in the mountains but whether they take them seriously or not is another thing. New safety technologies and the improved performance of equipment mean people are taking mountain sports to a higher level and putting themselves in more risk. People will always decide to push things further.

The mission that I will remember for the rest of my life involved the search and discovery of two young boys, who went missing in Avoriaz last winter. These were exceptional circumstances; it was the early hours of the morning, it was unbelievably cold and the mission became a huge physical and emotional challenge from the whole team. Not getting too emotionally involved after the rescue was probably my biggest challenge to date.

I really hope that people enjoying the mountains during the summer months also have an awareness of the dangers. A sunny day can turn into a big storm in a matter of seconds and you need to be prepared for it. Sunstroke is also a real danger. Snake and insect bites and stings can cause major problems, as can dodgy terrain, loose rocks or slippery paths after the rain. Falls from cliffs or trails are typical rescue missions for our team during the summer season.

The most rewarding part of my role is knowing that I could save someone’s life and make people happier. I don’t have any super powers, but when we all come together as a team, that’s when we all become super heroes. 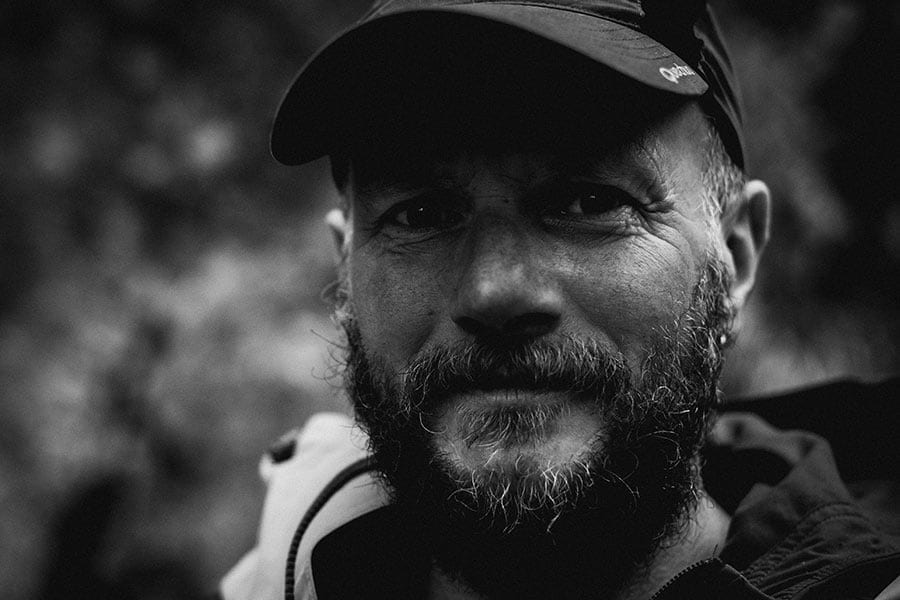 I’m the head of the Secours en Montagne of Saint Jean d’Aulps, or the ‘chief’ as the team like to call me. By day I design landscapes and I enjoy crafting bushels and utensils in wood. But it’s my rescue work that really inspires me.

I’ve been a volunteer for 15 years now and I’m motivated by the need to help others. Maybe one day it will be me who needs help. It’s enjoyable to spend time in the mountains with friends, and of course I know the terrain very well after all of this time.

Some of our rescue missions are more memorable than others. The search for the two missing children in Avoriaz last winter, I will remember for the rest of my days.

My rescue equipment is never complete without my dog. He accompanies me everywhere and is highly skilled in locating bodies on the mountain. We have a very special relationship and a trust that has developed over several years. I’d tell you he is my super power; the dog and a big will to direct my team in the best way possible. 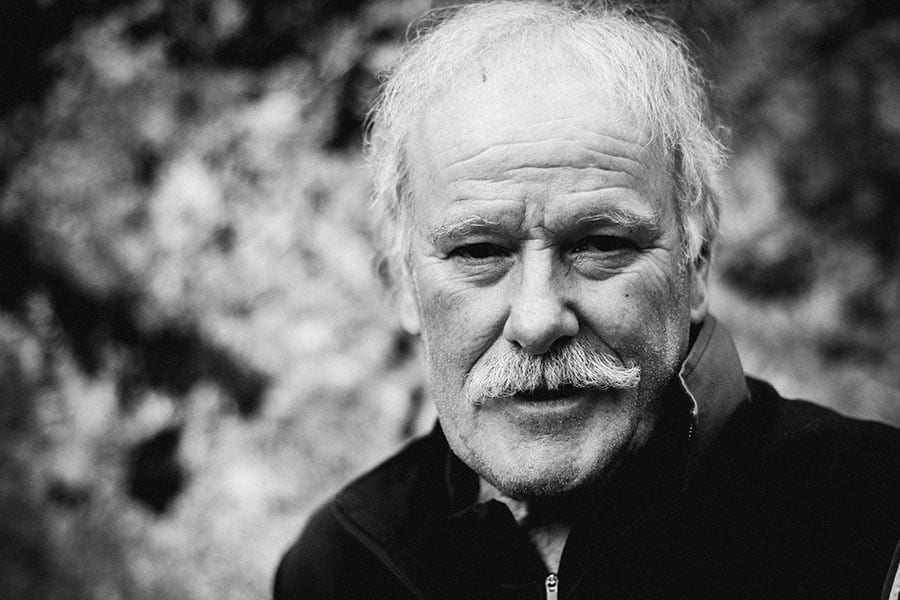 I’ve seen many many changes in the way people use the mountains during my 40 years as a volunteer rescuer. I’m now 71 years of age and retired, but still very much part of the team. I’ve always been a rock climber and seeing the mountains from this perspective makes me very aware of the risks that each of us may face one day.

Finding people in distress as quickly as possible is the most rewarding part of mountain rescue work. I also work with a friendly and very competent team who are passionate about keeping people safe.

Looking at things in real terms, there are actually very few accidents when compared to the number of people who use the mountains in various forms throughout the year. Generally the public seem to be quite well informed about the dangers, but of course more can always be done.

I don’t consider myself to have a super power. But I do have the benefit of experience and wisdom. From this I advise people not to venture off the beaten track, especially if they do not know the area well. Getting lost in the mountains is very unwise. 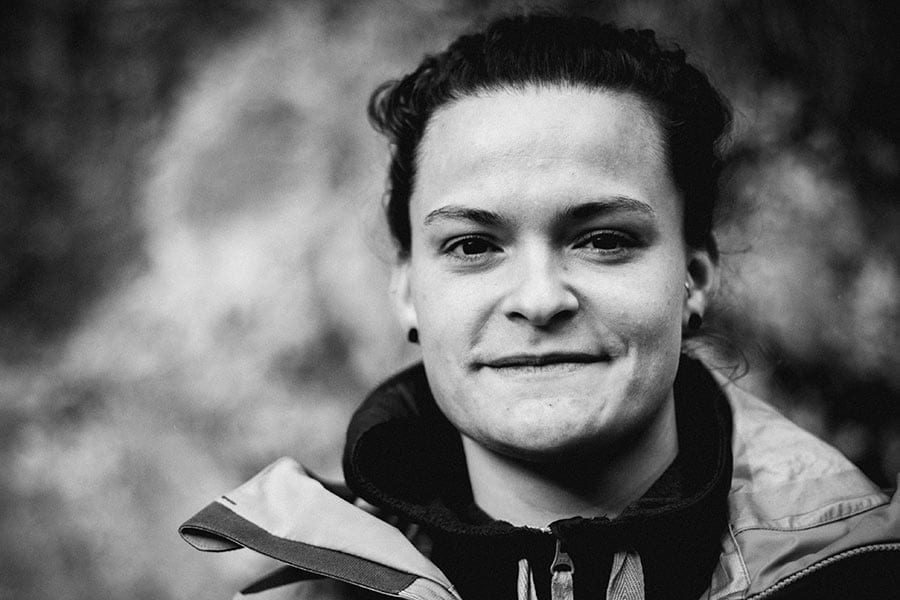 My job as a nurse in a busy accident and emergency department means I’m used to helping people in an urgent situation. I’m 25 years of age and I’ve been a mountain rescue volunteer for two years now. In the hospital we must constantly adapt to a changing situation; I use these skills when we head out on a mission. I also love the mountains, so for me, the job is a pleasure.

I believe that mountain rescue associations such as ours make a great effort to educate people on the dangers of the mountains. However, I get the impression that people are paying less attention; they don’t see the dangers. They leave their accommodation poorly equipped, sometimes unaccompanied and often uninformed about the weather or conditions. Lots of people overestimate their abilities too. The safety measures taken by the mountain management companies can make people believe they are protected from danger. They are not; unfortunately we see this too often.

My most memorable mission was actually a training exercise, which almost turned into a real life rescue scenario. In the summer, at night, in the mud! Two or three of us were roped together as the terrain was very slippery and the slope was steep. We were looking for a cave where the victims were located and it took us a long time to locate it. The entrance to the cave was very dangerous in the wet conditions and we were becoming more wet and tired as the mission progressed. The return from the cave took us a very long time and we had to improvise in many ways to keep ourselves safe. Had this been a real rescue, I think we would all have been in real danger!

As a team, our super power is to be organised. Each of us has a specialist skill, when we come together we compliment each other to form amazing search and rescue skills. We would literally move mountains to save lives.

We’d like to say a big thanks to Secours en Montagne for allowing us to photograph their training session and an even bigger thanks for all the help they provide and lives they save. You won’t find Secours en Montagne on Facebook or Instagram and hopefully you’ll never have to see them, but it’s enough to know they’re there.